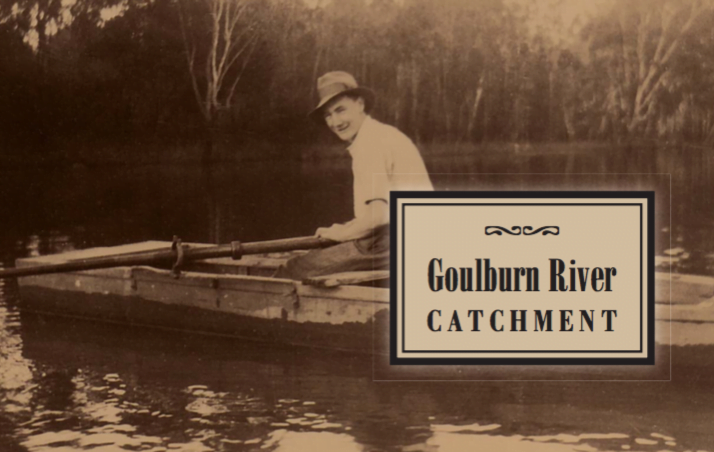 When I was young the most common fish in the Goulburn here were the cod, the Murray Cod. They were up to 100 pound, back then you could get any size you wanted, there aren’t so many big ones around now. – Oral History from Ken Trefall

Our next story from True Tales of the Trout Cod: River Histories of the Murray-Darling Basin is the Goulburn River Catchment History. This collection of newspaper articles, oral histories and photos tells a clear story about the changes in the river, and how this impacted fish health and populations. 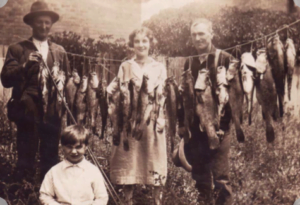 Images of all the larger native fish species once common in the Goulburn River at Alexandra. 1924.

He [my father in law] talked about a lot of bluenose, in the Big River, they handled the faster water. That was back before the weir went in. The cod, bream and slimeys went all the way up to Enochs Point; I caught them there, the bluenose, plenty of them! And there was heaps more there when [my father in law] was young. When I was a kid I saw them slip over the rapids, moving between holes…the bluenose and the bream were so common there.

In the Delatite we got a lot of perch up to 3 to 4 pound, in the good holes, where there were three or four good bends between the Piries and Delatite. You could almost always be assured of getting one…that was before the mid 1950s, before the new weir went in. The Delatite now is nothing like it used to be back then. The river was deeper and had much greater flow, maybe the flow was 25 times what it is now. It’s changed all right, it used to be pretty much gravel and sand. A lot of it is now mud and big boulders. You look at it and it’s not the same river any more. 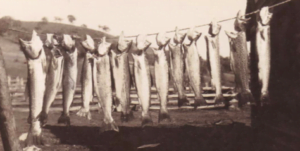 When you look at the rivers and see what’s happened, well, they’re not the same. I think we need to fix some of the rivers for the natives. One man can’t make a difference but a lot of men can. 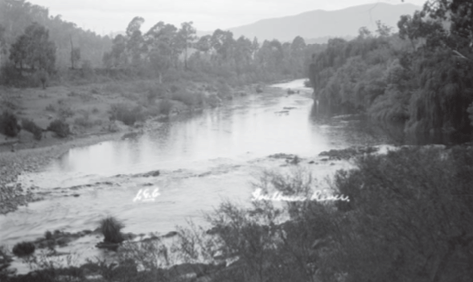 This image records the Goulburn River between Thornton and Alexandra as it was around the 1920s.

This is just a snapshot of the fascinating, rich history of the Goulburn River. Reading through the booklet and gaining a full picture of change over time is really valuable, especially if this is something that you are interested in. The full booklet is free to download here, or you can click on the book cover below. 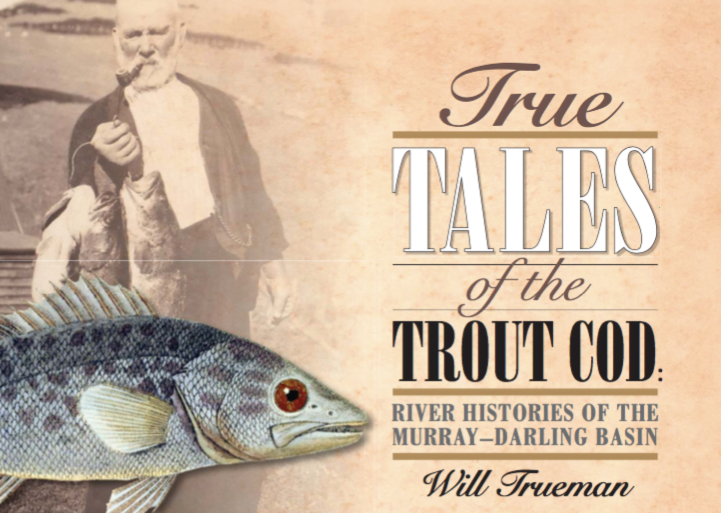