In Search of the Trout Cod 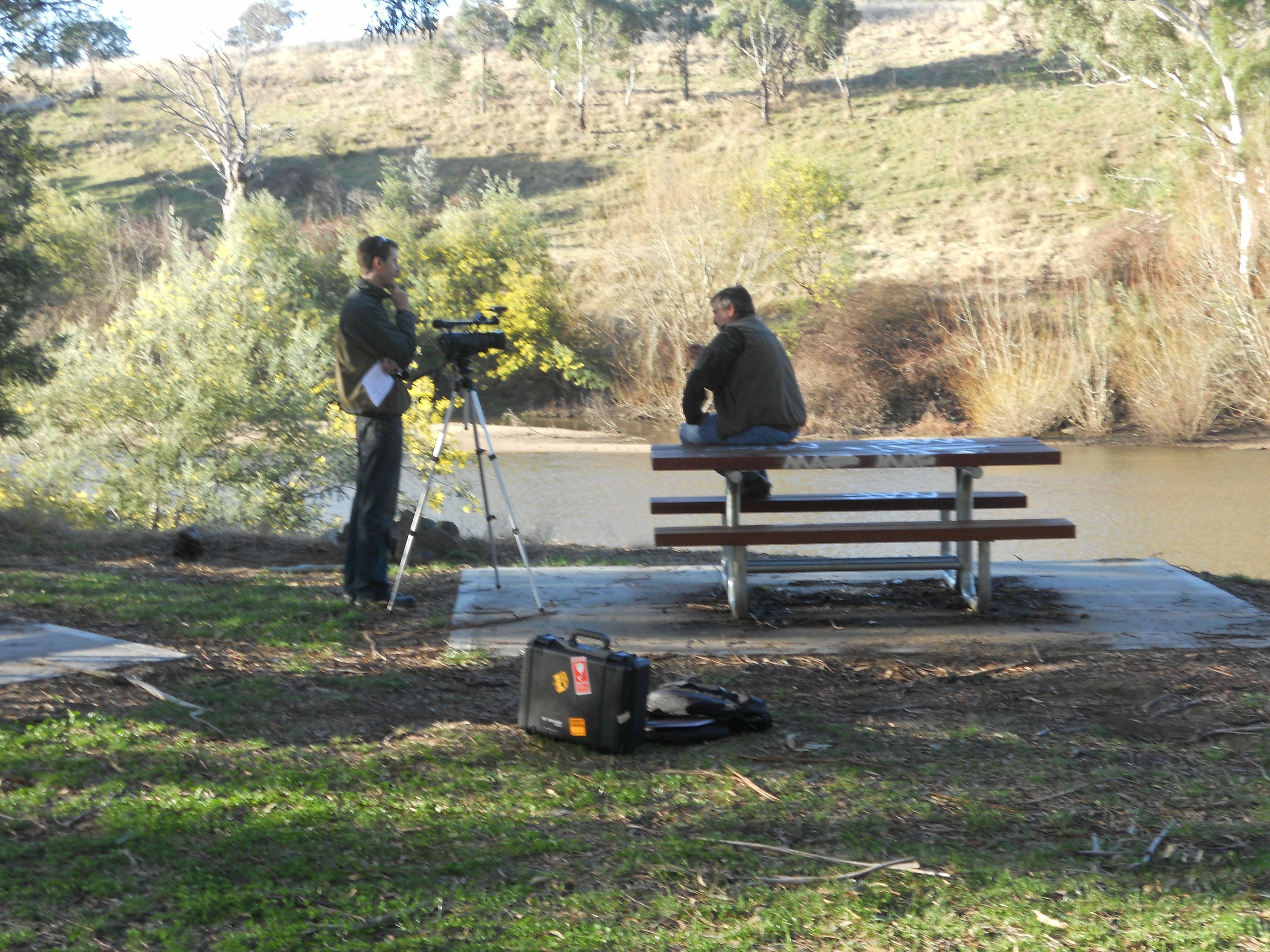 Siwan and I are very fortunate to be working with the Native Fish Strategy at the Murray Darling Basin Authority on a project involving Will Trueman (researcher and author) and Richard Snashall (film maker).

Will has undertaken an incredible piece of research, over many many years, into the status of native fish in the lower Murray Darling. Will has successfully combined the science, the historical records (newspapers, books and photographs) and anecdotes (oral histories) from sometimes very elderly residents of the region, to show just how prevalent the Trout Cod, Murray Cod, Macquarie Perch and many other native fish were in the 1860s up to the present day.

Will has done an exceptional job of combining science and story to create an accurate record of the status of native fish in the basin over the last 150+ years. He has also drawn on the writings of Mary Gilmore which are absolutely fascinating (more on this in later blogs) and now I find I am also reading all these wonderful accounts of early Australia. Using this variety of information he has created a captivating history of the loss of native fish from the region and what may have caused some of these losses.

The products of this project will include the full publication which will be submitted to the legal deposit libraries across Australia as a research record; a series of catchment by catchment publications, a web site with links to all the information; and several videos of Will sharing the stories and science that make up this amazing project. I was particularly impressed to hear that Will used Trove at the National Library of Australia to access the old newspaper records.  He told us that this research made up 30% of his primary source material and he could not have undertaken the level of research without having access to Trove.

I am particularly taken with this newspaper article about the size and aggression of the Trout Cod which Will found in the Trove database.

Murray Fish and their Habits (From our own correspondent) Blanchetown, May 15.

The Murray cod may be caught from one – quarter of an inch in length to over 100 lb. in weight. / A young German, an assistant at a wool washing establishment about five miles from here, was in a habit of bathing off the stage, and one day while having his usual dip sat on the stage with his feet swaying to and fro in the water, when a cod seized his foot, at the same time nearly forcing him off the stage into the water, the German having his foot severely scarred by the teeth of the cod. Some time elapsed before he recovered. At Weston’s Flat, a short distance above Morgan, the residents were in the habit of swimming their stock across the river for feed, and while swimming one of the horses it turned on one side, and with difficulty the boatman towed it to the shore, and with aid of blocks and tackle hauled him onto dry land, when, to their surprise, a huge cod had the horse’s foot in his mouth. The cod was captured, and weighed over 90 lb. Without doubt in some of the numerous cases of drowning, where good swimmers have disappeared, they have had a tussle with one of these “monsters of the deep.”

This is just one sample of the newspaper articles collected by Will in his research.  The anecdotes collected from the fishermen are even more fascinating, but you will have to wait for the publication (expected by the end of 2011) for more.