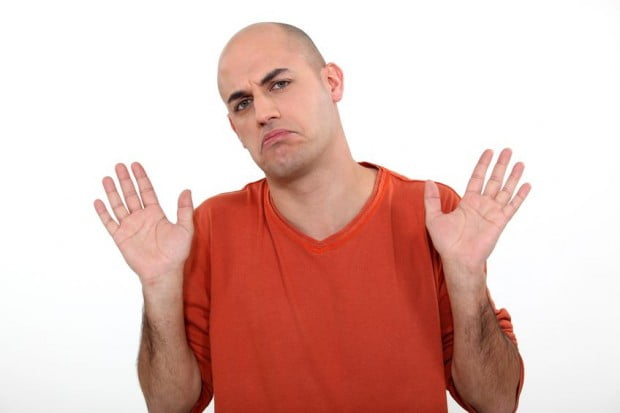 The Issue-Attention Cycle: Up and Down with Climate Change

Anthony Downs, writing in the early 70s described the Issue-Attention Cycle – the five stage cycle of media attention and public interest regarding a particular issue.  His work is just as relevant today, particularly when we look at issues like climate change which as an issue, seems to have moved through the full five stages described by Downs and shown in the diagram below. 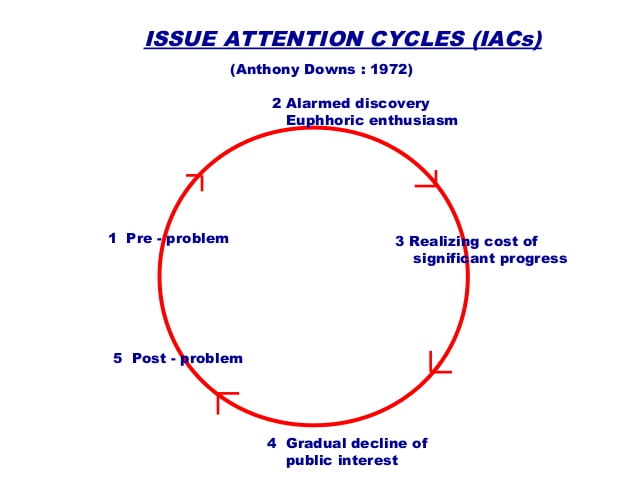 This is when the public suddenly becomes aware of and alarmed about an issue. According to Downs’ analysis, in the US this alarm “is invariably accompanied by euphoric enthusiasm about society’s ability to ‘solve this problem’ or ‘do something effective’ within a relatively short period of time”.

3. Realising the cost of significant progress

Disillusionment sets in once people realise how much it will cost to solve the problem, not only in terms of money but also through sacrifices by large groups of the population.

“As more and more people realise how difficult and how costly to themselves,a solution to the problem would be, three reaction set in. Some people just get discouraged. Others feel threatened by thinking abut the problem, so they suppress such thoughts. Still others become bored by the issue.” Other issues start to get more attention instead.

The problem gets moved off into a “twilight realm of lesser attention.” But things are not the same as before – new institutions, policies and programmes are in place, and any issue that has been through the cycle is more likely to get attention again at certain points.

So what can we do?

The challenge for communicators is to maintain attention and interest about important issues, even when these issues don’t immediately impact the public’s daily life.   As Downs says:

“…we should not underestimate the…public’s capacity to become bored – especially with something that does not immediately threaten them, or promise huge benefits for a majority, or strongly appeal to their sense of injustice.”

One of the ways we try to engage people is through our work at Rivers of Carbon where we encourage and support people to do something locally rather than feeling overwhelmed by the negativity that leads to stages 4 and 5 described above.

You can read more about Down’s work here http://empowerapp.com/blog/the-issue-attention-cycle/

This article was adapted from Up and down with climate change featured on politicalclimate.net.

0 Comments on "The Issue-Attention Cycle: Up and Down with Climate Change"