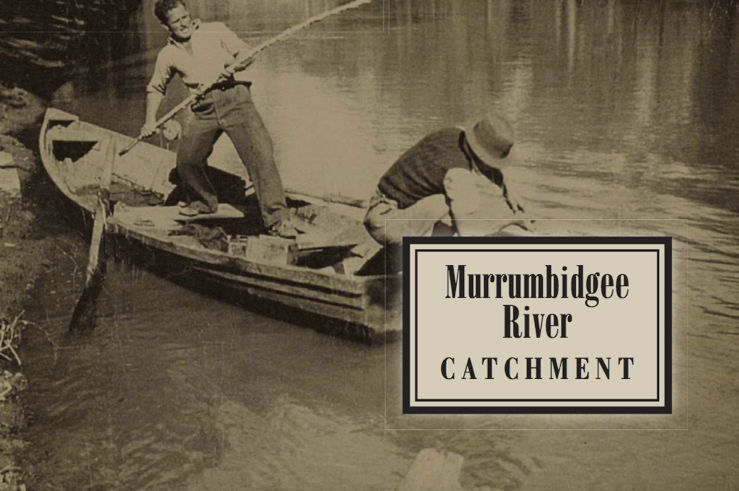 I’m 85, was born in Cooma. After the war, about 1955, ’56, I used to catch a couple of cod each night, out at Bolaro…We used to get them up to around 8 or 9 a pound, nearly every night we’d catch cod. We’d put in handlines and we’d catch two or three, sometimes more. And beautiful Brown Trout, and red belly black snakes! We’d go out there on long weekends and holidays and always caught cod. – Oral History from Gordon Hain.

History of the Murrumbidgee

We hope you enjoy the articles and images that we have featured here. You can read more about the history of the river in the Murrumbidgee River Catchment History booklet which you can download for free. 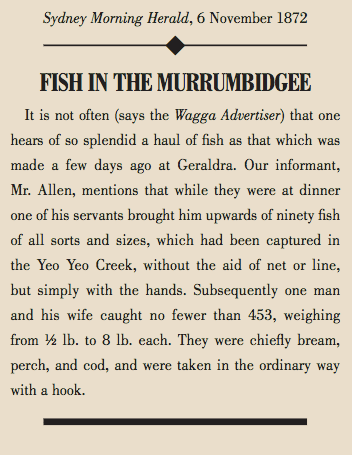 This letter to the editor appeared in the Sydney Morning Herald, 10 March 1915
Sir, – A shot time since a paragraph appeared in the “Herald” re stocking the dams at Barren Jack with economic fish, ie cod, perch etc. A request was sent to the Fishery Department to take the matter in hand, and an expert was detailed to carry out the suggestion. This expert’s idea was to capture fish in the reaches of the Lower Murrumbidgee, and transplant them to the said dam. Instead of so doing it will be far better to permit the dams to be stocked by or with the fish that are in thousands above the dam.
They are precisely of the same species as will be obtained from the stretches of the same river lower down. The young fish are in the waters above the dams will be sure to make for the deeper waters: it is their natural habitat – the larger and deeper the waterholes in rivers the larger its fish inhabitants. – Cooma Fishermen

These days, as I drift back through the years and think about my fishing in the Murrumbidgee, I can only say it may not have been heaven, but it was next door.
-Noel Denson, Tumut, June 2008

In the video below, you can hear from Will Trueman, who compiled ‘True Tales of the Trout Cod’. He discusses his discoveries about the history of the Murrumbidgee River.

This map shows the location of the Murrumbidgee River Catchment, including major waterways and key localities. 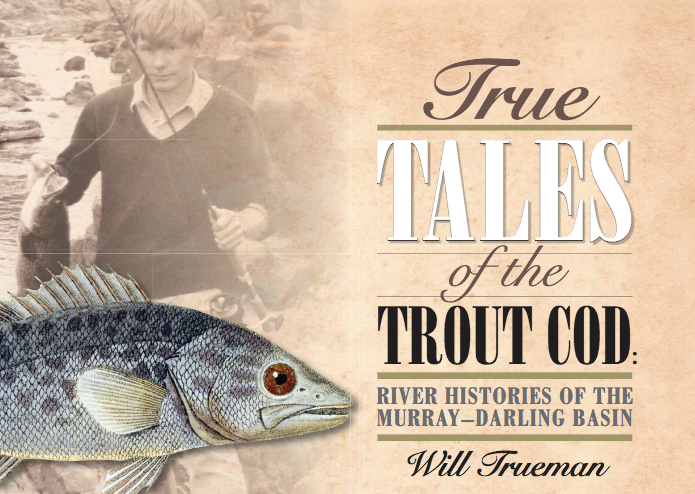 You can read or download the full pdf booklet here or by clicking on the booklet cover above.