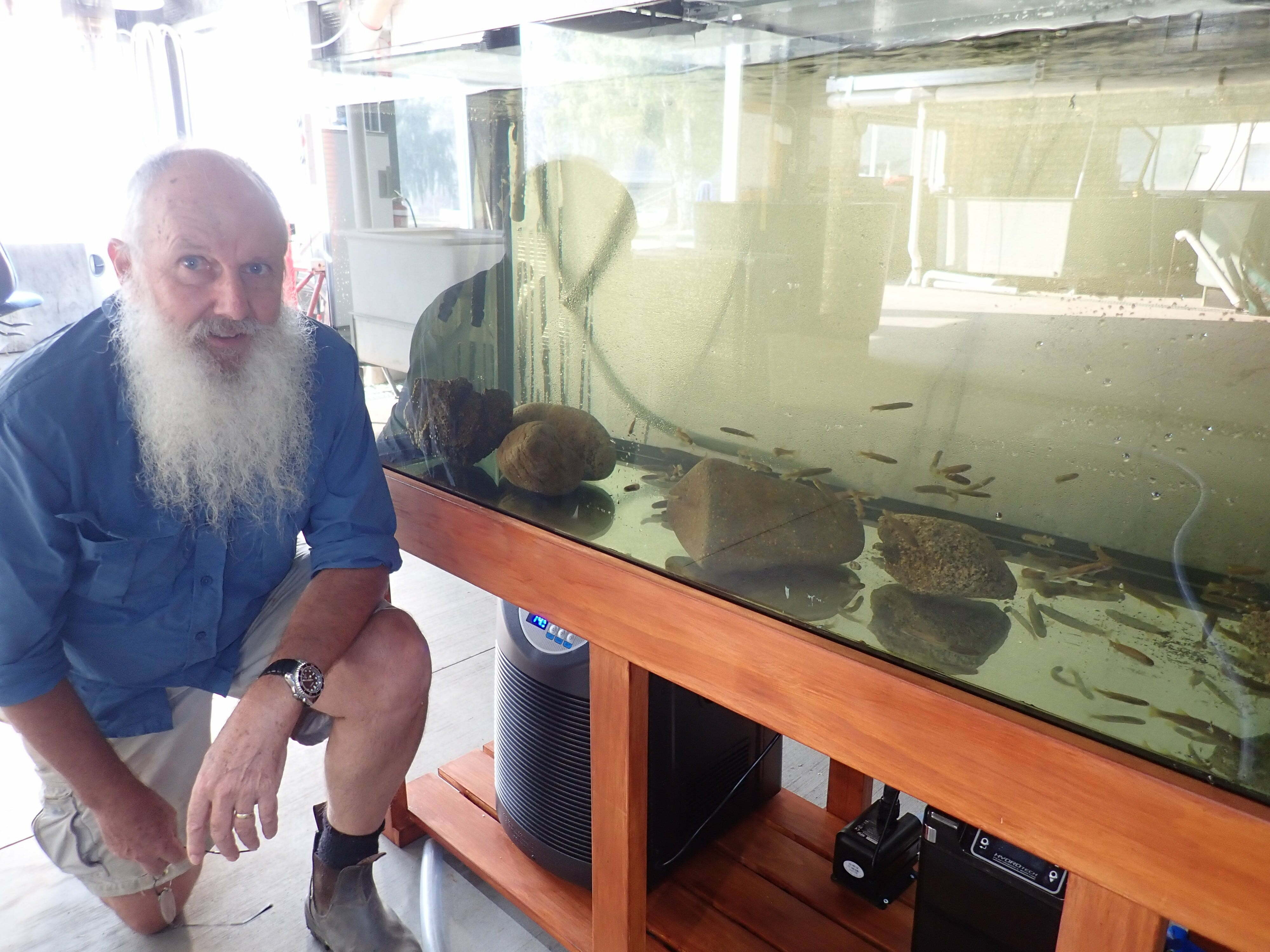 Take me to the river
Episode 2 – Saving Stocky

Researchers dash to save Stocky and his mates…

Over the past few months we have seen the devastation bushfires have caused across many of our beautiful forests – photographs of dead and injured koalas, kangaroos and echidnas have been upsetting, galvanising people to knit booties, put out water and fund food drops for wildlife. But what of those less charismatic species, the ones that are rarely seen, yet have just as much claim to being saved as any other species? Who is looking out for them?

In pools, creeks and rivers across Australia are native fish that are small, unique and hard to find. As a result, we don’t know a lot about them, but Associate Professor Mark Lintermans has dedicated his career to understanding the fish that most Australians know little about. Over the past few weeks Mark, along with colleagues from the University of Canberra and the NSW Department of Primary Industries, has been trekking into the bush, with Rural Fire Service escort, to catch and rescue fish not so much threatened by the fires, but by the impact of ash and debris being washed into their mountain homes once rain arrives.

Siwan and Mark having a ‘Conversation over a Cuppa’ 7th Feb 2020. Photo credit: Lucy Lintermans

Listen to the podcast episode below or on Spotify (click here) as Mark tells the story of ‘Saving Stocky’ – and read on to find out more about this special little fish.

In Kosciuszko National Park lives the Stocky Galaxias (Galaxias tantangara), a small fish with a distinctly stocky body, growing to betrween 8-10cms. The body is predominantly dark olive to brown on the back, becoming lighter brown to cream underneath. It is known to live in the headwaters of Tantangara Creek, upstream of the Tantangara Reservoir in the Kosciusko National Park NSW. It is found here because of predatory trout who, to date, have not made it above the falls where these little fish live.

The Stocky Galaxias is fortunate that, despite not having any funding to cover their efforts, on the 15th of January 2020 a team of rescuers, along with a National Parks and Wildlife escort, took it upon themselves to catch 142 of the little fish and transfer them to a temperature controlled hatchery. Greater numbers of fish would have been better so that the genetic diversity of the species is maintained, but at least we now have enough to ensure Stocky Galaxias do not become extinct. 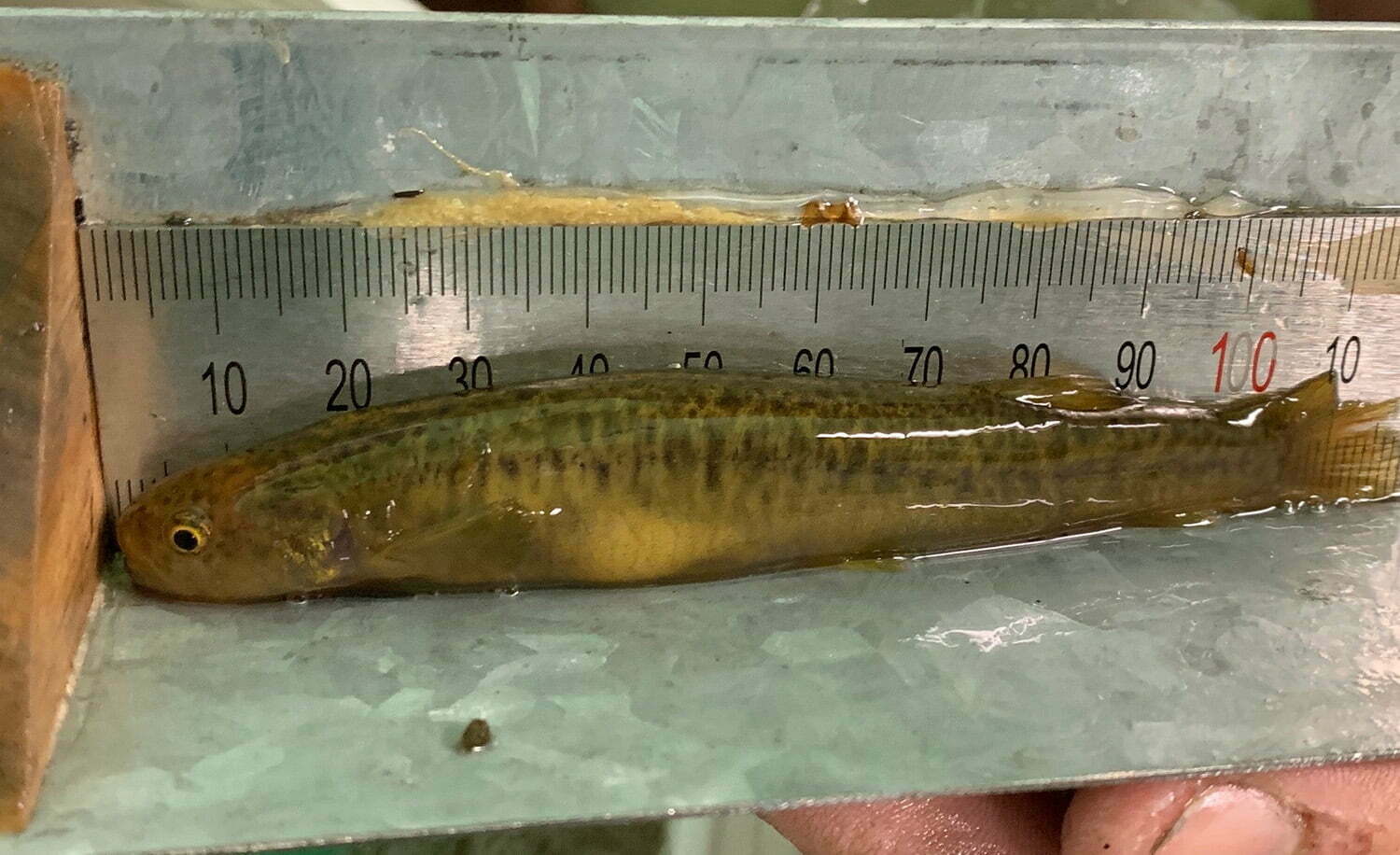 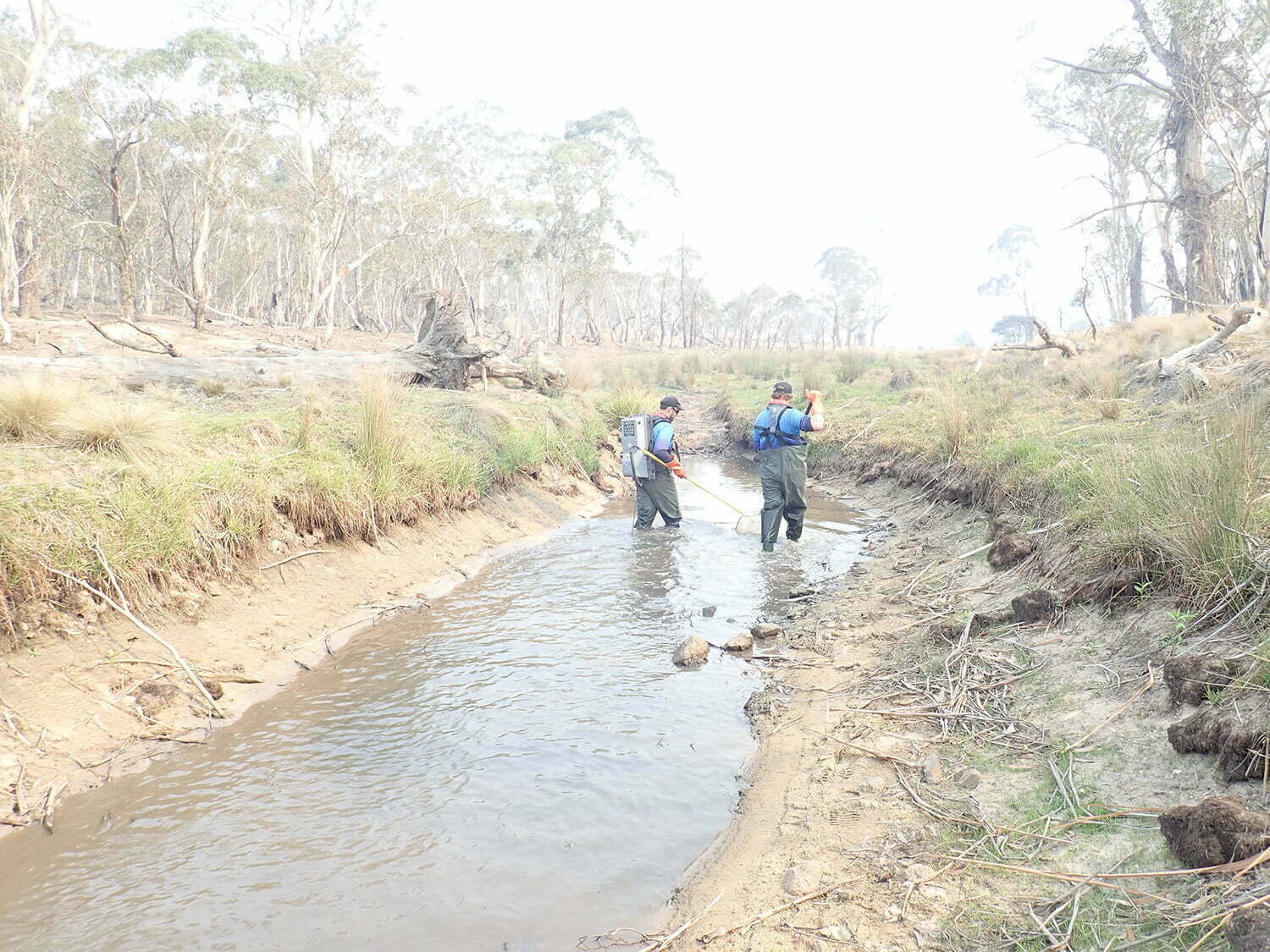 Saving Stocky, up in the mountains at Tantangara Creek, note the smoky conditions. Photo: Mark Lintermans 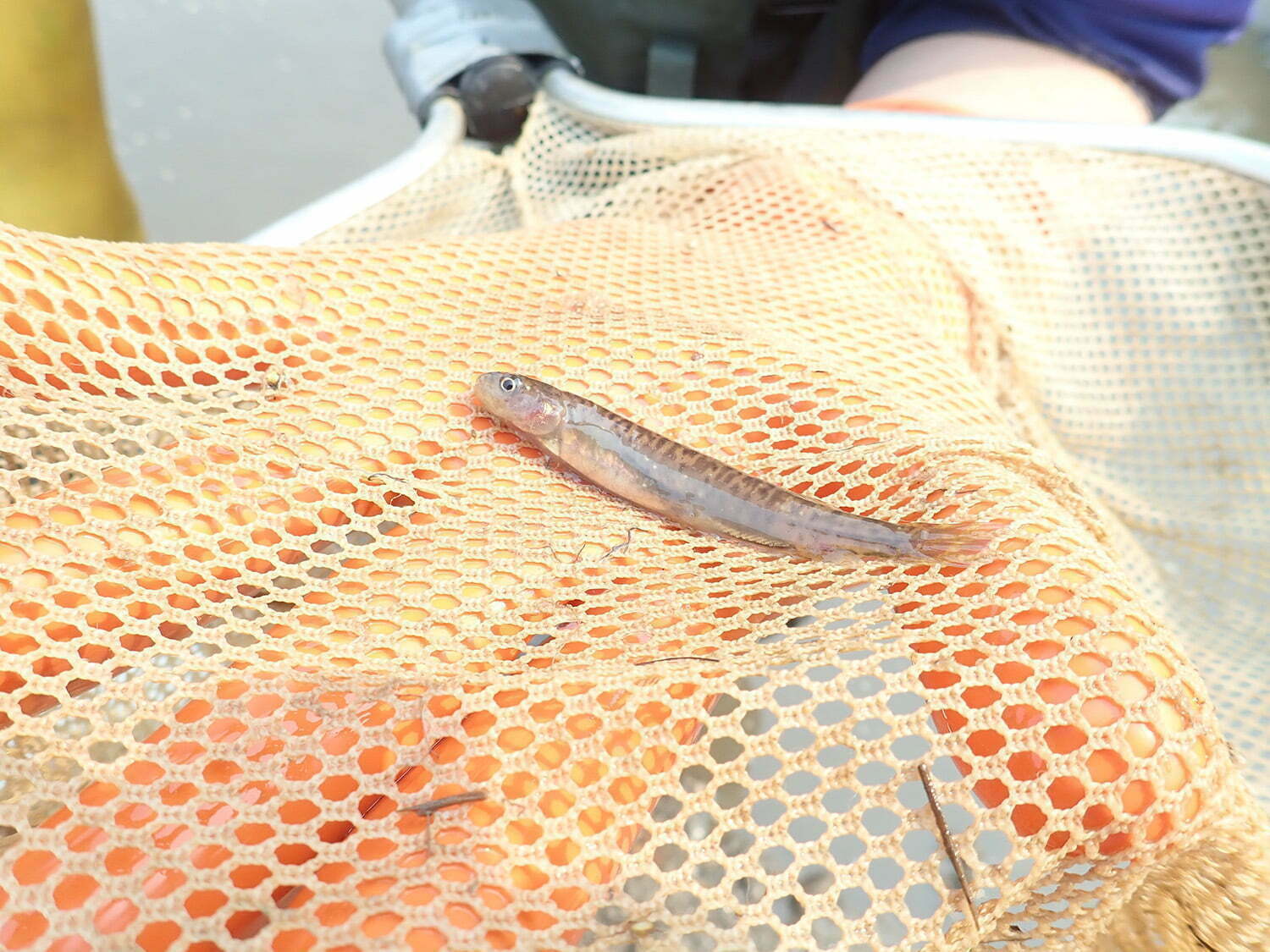 Electro fishing was used to catch the fish and take them to safety. Photo credit: Mark Lintermans 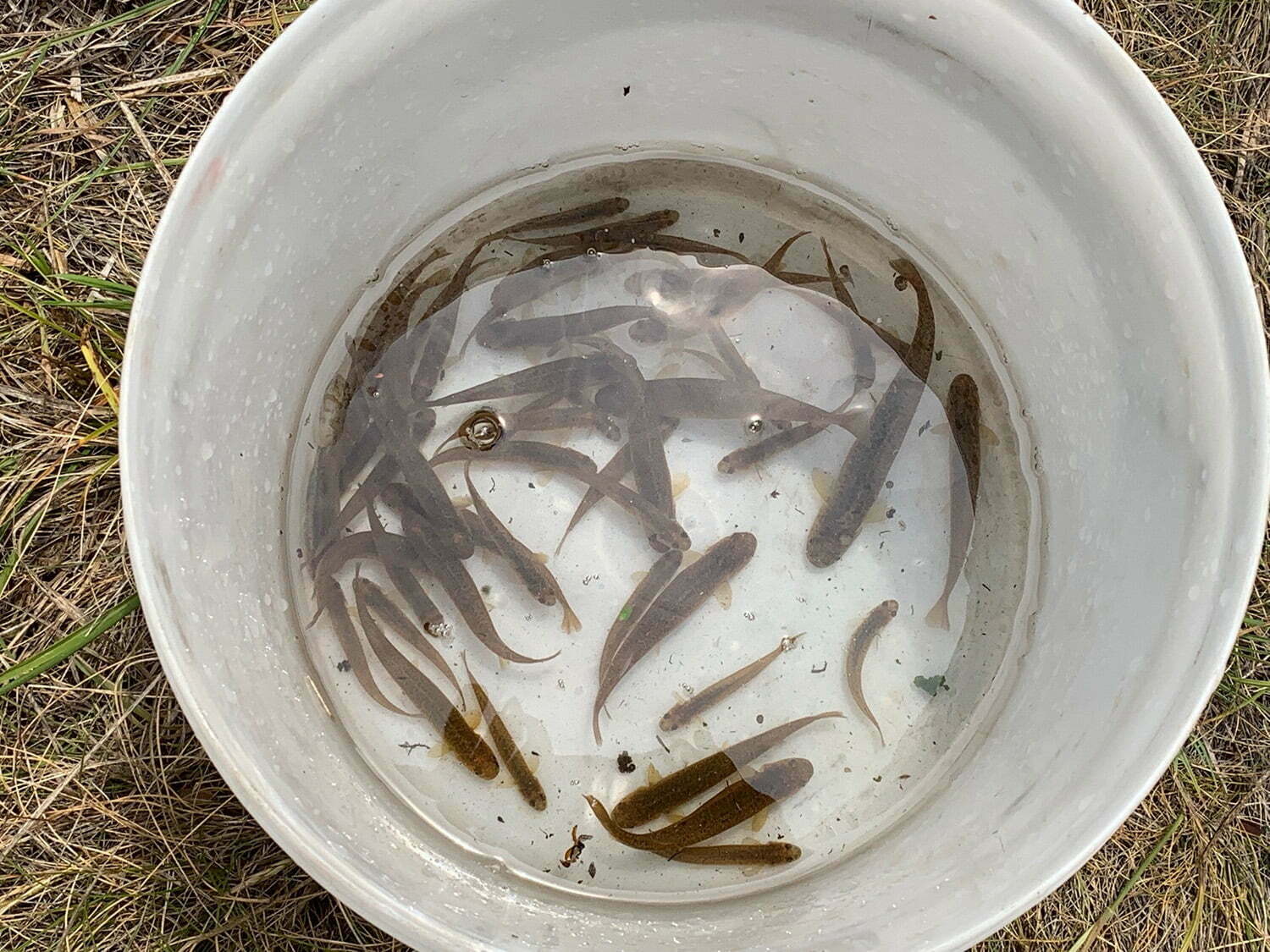 Stocky Galaxias are listed as endangered by the International Union for Conservation of Nature and, with only a few thousand left, it is hoped that submissions for the fish to be listed as threatened in Australia will be acted upon. Once a species is listed as threatened, funding can be gained to assist in addressing the factors that are negatively impacting upon the species, as well as supporting rescue attempts. 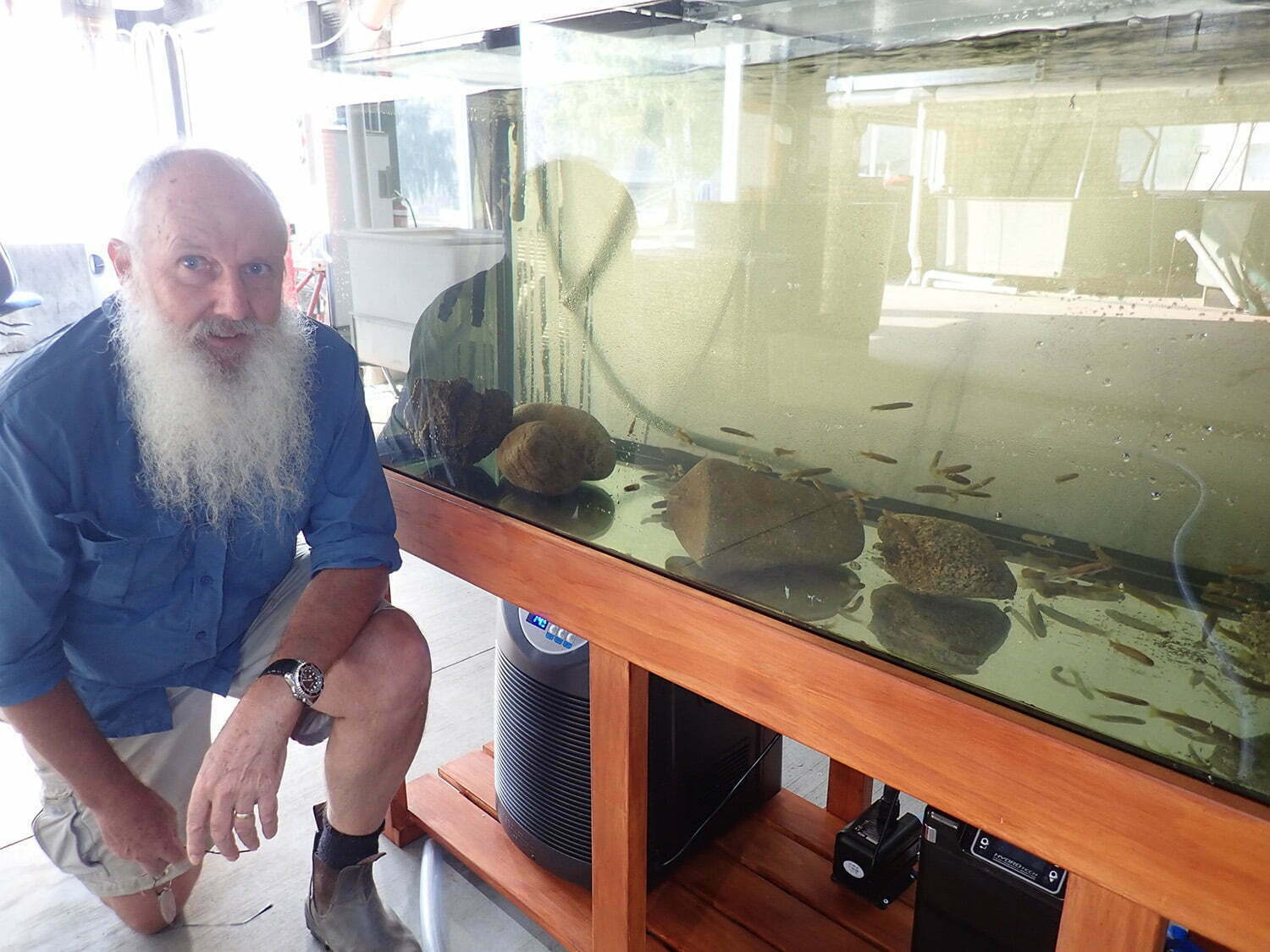 Rescued Stocky Galaxid in their new home at the trout (ironic given they predate on the little fish) hatchery. Photo credit: Hugh Allen

A second trip a week later to rescue another galaxid species, the Short-tailed Galaxias (Galaxias brevissimus) was not as successful. This fish is smaller than the Stocky Galaxias, at about 7cm in length, with a short tail and it’s body covered in a pattern of small to moderately large brown to almost black profuse blotches and spots, some coalescing to form larger patches. There are just two populations left of this fish, separated by a stretch of trout-infested river. One of these populations on the Bumberry Creek has been burnt, and the fires were too active for Mark to get in to rescue any of the fish. The second population at Jiboloro Creek yielded 30 fish, but the creek itself was already badly affected by drought, with water temperatures up to 29 degrees celsius, and the water quality extremely poor due to stock manure being washed into the remaining muddy pools.

What can we do to help?

When we asked Mark what we could do to help the Stocky Galaxid and his mates he listed four key actions: