The importance of waterholes – vital parts of our riverine systems 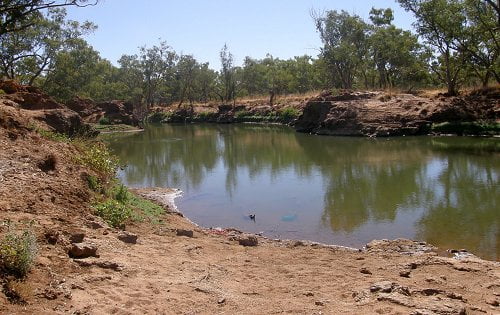 How important are our waterholes in providing refuge during extended dry periods? Jonathan Marshall shares the results of research into waterhole location and persistence in our northern Basin rivers.

In finalising the Basin Plan, the Murray-Darling Basin Authority (MDBA) agreed to do further research in the northern Basin as part of a Northern Basin Review. The review encompasses the northern Basin region as a whole, with a focus on the Condamine-Balonne and Barwon-Darling catchments for environmental science projects. The MDBA engaged Queensland and New South Wales government agencies to undertake scientific studies to inform this review.

The ‘Waterhole location and persistence’ project focused on how long waterholes in each study area last without flow. This research also examined how the spatial distribution of persistent waterholes changes as a drought progresses.

Figure 1: Function of waterholes as refuges. On the left is high-value refuge and on the right is low-value refuge.

Australia’s drylands rivers exist in an environment characterised by long periods without significant flows of water. During theses periods, rivers dry into a series of waterholes, which are an important resource for agriculture, town water supplies and industry. They also serve an important ecological role by providing drought refuge for aquatic organisms, such as native fish. The length of time waterholes are able to hold water after flow ceases (the persistence time) is an important determinant of how long they can function as drought refuges for aquatic organisms (see Figure 1). 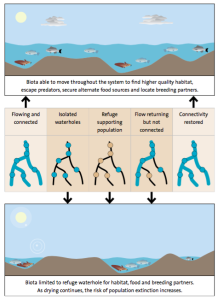 Figure 2: Spatial distribution of waterholes is key to patterns of connectivity. This is crucial to a functioning refuge; the refuge must connect back to the system in order for the biota to redistribute and ‘bounce back’ after a drought.

Waterholes that retain water for extended dry periods, and are persistent in the landscape, are often the most valuable. Persistent refuge waterholes need to be numerous enough, and distributed along river channels so that when they are connected during flow events, fish and other aquatic organisms are able to move through the system and recolonise other parts of the river (Figure 2).

1. Time-series of LANDSAT satellite images from 1988 to 2015 to detect water within the river channels during periods of no flow to generate maps of where water was located after periods of drying.
2. Depth loggers to monitor hate loss from waterholes. This was combined with depth mapping to generate water loss models that predict persistence times for 27 representative waterholes.
3. Water samples to check of chemical indicators of groundwater input.
4. Sediment probing and analysis of sediment cores collected from waterholes to give a general understanding of sediment accumulation rates within the regions.

Over the last 28 years, the Culgoa and Narran Rivers had longer no-flow spells, lasting from about a year to one-and-half years, and these spells occurred more often when compared to the Barwon-Darling. No-flow spells in the Barwon-Darling were never longer than one year, and generally less than half-a-year.

We examined the data from the flow record to a LANDSAT (satellite) image database and collated a comprehensive list of images representing no-flow spells of various lengths. We found that across these three river valleys, periods of no flow tended to last about 350 days naturally (i.e. before water resource development). We considered this to be a ‘threshold’, which represents the level of drought stress the system would naturally tolerate. Waterholes that last longer than 350 days with no flow were therefore defined as refuge. 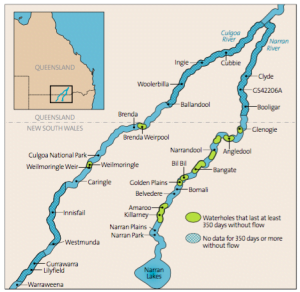 Figure 3: The location of refuge waterholes mapped in Lower Balonne. Waterhole sizes are not to scale.  Better quality images are available in the downloadable pdf of the article at the bottom of the page.

During the period covered by satellite imagery, some section of the Lower Balonne region did not experience no-flow spells that were longer than a year. As such, the mapping technique could not identify refuge waterholes for these sections of the rivers. For most of the region, however, there were no-flow spells of at least one year, and the satellite image analysis identified 10 refuge waterholes that retained water after one year without flow (see Figure 3).

This information is incredibly important for conserving populations of aquatic biota, as these refuge waterholes can be targeted by managers to ensure they continue to fulfil their vital ecological role. In contrast to the Lower Balonne, we found that most waterholes in the Barwon-Darling persisted for every no-flow spell over the 28-year period.

To further understand waterhole persistence, we chose sites throughout the Culgoa and Narran rivers to represent a range of waterholes covering different sizes, locations, with a mix of weir pools and natural waterholes. Sites were generally less than 3 metres deep.

In combination with depth loss data specifically collected for each waterhole, we created and calibrated 27 individual water loss models. These models simulated that the waterholes in the Culgoa wrier have minimum persistence times of 236 to 587 days (with an average of 377 days) and the Narran River valley waterholes have minimum persistence times of 165 to 637 days (the average being 355 days). This means that waterholes int he Lower Balonne will generally persist without flow for about a year.

The representative waterholes we selected included a majority of locations that were identified as lasting more than 350 days with the mapping technique. Our investigation into the influence of groundwater on waterhole persistence also found that there was little groundwater input or loss to affect persistence time at these sites.

Our persistence modelling also showed there was  strong relationship between water depth in a waterhole and its modelled persistence time. Because depth is a very good predictor of persistence in the Lower Balonne, this information can be used to predict the persistence time of any waterhole in the region with a single depth measurement. The relationship indicates that for every 1 metre of depth, the waterhole lasts roughly 170 days. So…to last for one year, a waterhole needs to be at least 2 metres deep when flow stops.

Waterhole in the Barwon-Darling were generally much deeper than those in the Lower Balonne, with some measuring up to 8 metres. Most of these waterholes have also been deepened by weirs so they can retain water longer. Depth loss data was collected, but no-flow spells were too short to create specific water loss models. Using their general persistence relationship noted earlier, it is likely that waterholes in the Barwon-Darling would last more than 1000 days, and we are confident that there is allow risk of these waterholes drying up under typical seasonal conditions.

The knowledge generated through this project has given increased confidence about the environmental water requirements needed to ensure a range of waterholes if a no-flow spell lasts beyond a year, and that there is high risk if spells were to last longer than one-and-half years. This knowledge also has a broad range of applications for water resource management across the northern Basin.

Acknowledgements:
Queensland Department of Natural Resources and Mines, NSW Department of Primary Industries (Water), Alisa Starkey (Ozius Spatial) and Dr Harald Hofmann (University of Queensland) assisted with this work. Complete reference for all collaborators, including the development of water loss and conceptual models, can be found int he full report.
If you would like to find out more, you can read the full report here.

To read this and other great stories like it, you can purchase or download a copy of RipRap 39 magazine. A pdf version of this story is also available to download here. 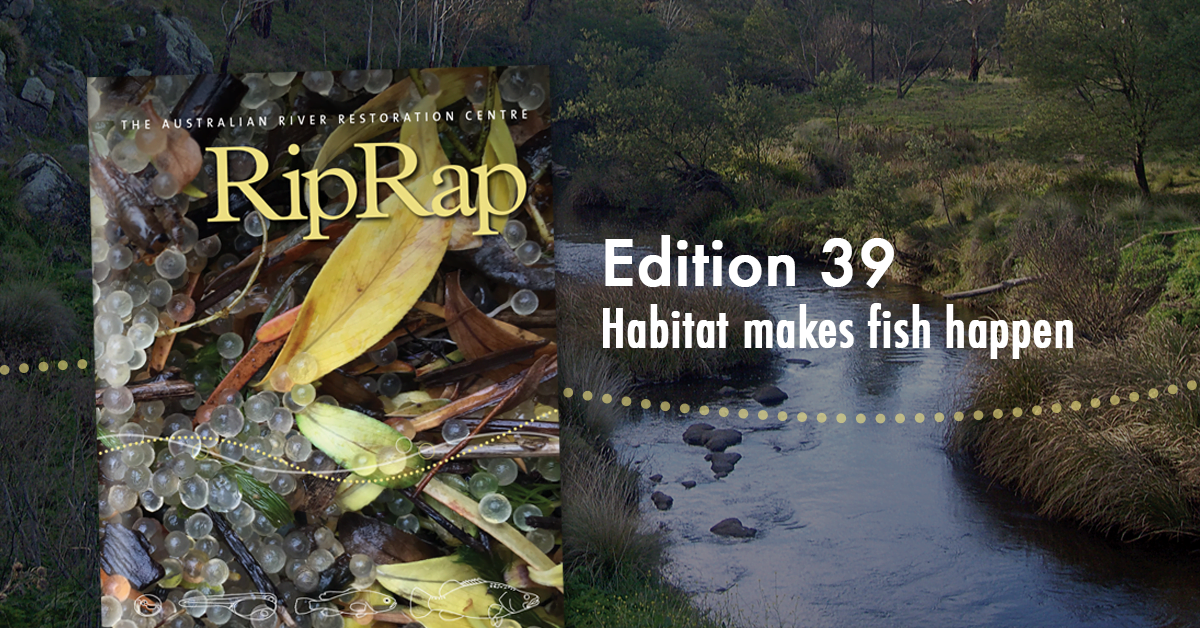