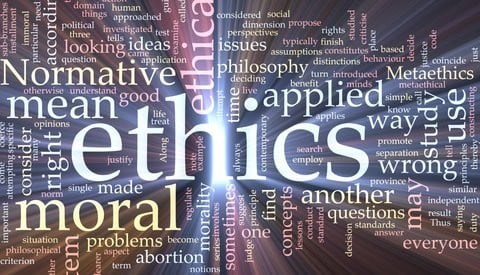 The six traits of an ethical leader – how do you and your organisation stack up?

My friend Leith Boully, who I co-facilitate the Peter Cullen Trust Science to Policy Leadership Program with, sent me this thought provoking article about the six traits of an ethical leader.  The piece was written following the problems experienced in large corporates such as Volkswagen, who knowingly programmed its diesel vehicles to cheat emissions testing.  When I read through the article I was struck by how seemingly simple being an ethical leader is, but how our corporate and organisational cultures often work against us behaving ethically.

As someone who manages projects funded by Government and private sector organisations, I found this article valuable.  It also resonates strongly with the work of Susan Scott, who advocates the need for ‘Fierce Conversations’ something I will write about in forthcoming blogs.  So here are the six qualities of an ethical leader,  as you read through them I encourage you to share with others and leave us a comment in the box below.

1. The personality to defy group-think

Good leaders display certain personality traits that are common across cultures and history; those of intelligence and imagination to create a compelling vision of the future, and bring those who can deliver it with them.  A good leader must also be trustworthy and display unshakeable integrity, be action-oriented, resilient in the face of setbacks while treating people with respect, not as mere units of production. They have rid themselves of delusion and are brutally honest with themselves, know when to take risks and when to play it safe. Leaders are courageous, defy group-think and accept the backlash against their unorthodox practices.

Outwardly, leadership can be expressed in countless ways, yet if a person embodies these traits, they will be perceived as a leader by those around them.

2. The ability to set a good example

The defining feature of the ethical leader is that in addition to the foundational qualities mentioned above, they are seen to act from their own well developed set of ethical principles, setting a consistently good example for others to follow.The steady force of their attitude over time trickles down and becomes embedded in the culture. They have created a moral matrix that people internalise and operate from day to day. This was as true in ancient China as it is today, nicely summed up by Lao Tzu who observed that:

“A leader is best when people barely know he exists, when his work is done, his aim fulfilled, they will say: we did it ourselves.”

Ethical leaders are strong on selfless service in the interests of the greater good. They would probably resonate with this quote from Nobel Prize winner George Bernard Shaw:

“This is the true joy in life, the being used for a purpose recognised by yourself as a mighty one; the being thoroughly worn out before you are thrown on the scrap heap; the being a force of Nature instead of a feverish selfish little clod of ailments and grievances complaining that the world will not devote itself to making you happy.”

Shaw was not one to mince words and while his quote is dramatic, we know that the happiest people are those with a strong sense of purpose and who give and share with others their capabilities and passions.

4. Their door is always open

The whole topic of ethics is open for discussion, and everyone is encouraged to become part of the ongoing conversation.  At the ARRC we regularly review our actions and check-in with what we share on social media to reflect what we believe and why we do what we do.

The moral DNA of the organisation is a work in progress; a living entity that evolves, becomes stronger. It is not enshrined in a framed mission statement, then forgotten about.

5. They’re not afraid to be challenged

Having one’s subordinates call you out, disagree with you, challenge your judgement; all of this calls for great understanding and tolerance. Ethical leaders understand that it’s part of a culture of continuous improvement. There can be no “I’m the boss, don’t you dare challenge my authority”. It is part of not taking oneself too seriously. Self-deprecating humour is used to good effect.

Ethical leaders do not identify too closely with the position they occupy, such that they will be tempted to overstay their welcome. They cultivate successors and know when to step aside, leaving on a high rather than being pushed. New blood rejuvenates; it’s often the best strategy for moving with the times.

6. They take responsibility for everything

The ethical leader accepts that they are either directly or indirectly responsible for everything that happens in the organisation. They understand that blame shifting and finger pointing is a failure of leadership as we saw in the VW fiasco when the CEO sought to put the blame on the engineers and technicians. The ethical leader does not resort to the “plausible deniability” defence.

Ultimately, good ethics is good business. The organisation that does the right thing, and is seen to be doing the right thing is the one that will prosper in today’s more connected and accountable world. The community expects moral behaviour in our leaders, and will punish those that transgress through loss of reputation and jail. The old paradigm of win-lose is giving way to win-win.

This article is from The Conversation, 31st December 2015.