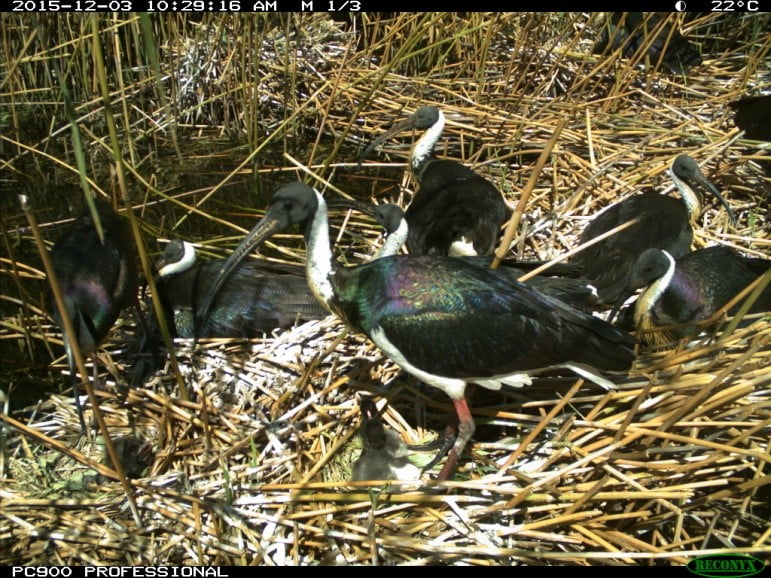 Colonial nesting waterbirds – where do they feed, breed and fly?

While many of us have watched egrets elegantly wade and forage in the shallows of a wetland, or looked to the sky to see an ibis flock intact in V-formation, our knowledge of the demographics and movements of waterbird populations is shockingly scarce. Colonial-nesting waterbirds are considered common and conspicuous, and are often thought to be relatively well-understood in the scientific literature. Yet critical knowledge gaps limit the effective management of many waterbird populations.

Environmental water is often used specifically to support waterbird populations and species diversity flows in Australia. Yet the scarcity of waterbird demographic and movement data makes evaluating, modelling and predicting the effects of water management difficult. We know very little about waterbird survival and mortality rates or about movements associated with foraging and dispersal between breeding events. Where do they go, when and why? Information is especially scarce for juveniles, whose survival is critical for long term population persistence.

Filling these knowledge gaps would assist managers to:

The Murray-Darling Basin Environmental Water Knowledge and Research (MDB EWKR) Project is funded by the Australian Government Commonwealth Environmental Water Office and managed by the Murray-Darling Freshwater Research Centre. The Waterbird Theme of MDB EWKR is a collaboration between the CSIRO, University of NSW, and University of Canberra. The Waterbird theme will begin filling knowledge gaps with new data that will assist environmental water managers. 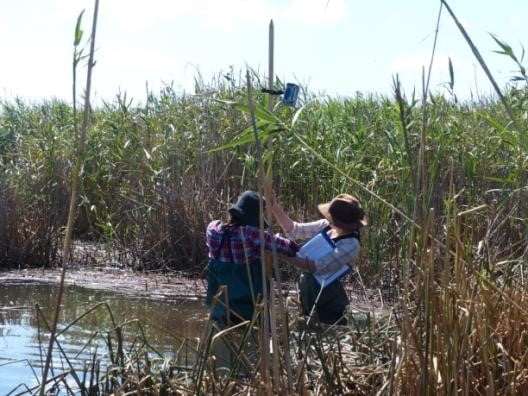 During the 2015-2016 summer a pilot study was completed and in the 2016 spring the Waterbird Theme will begin collecting information targeting:

In addition to on-ground surveys two exciting techniques will be used to collect information on the demographics and movements of straw-necked ibis. Satellite GPS tracking devices will be deployed on adults and juveniles to track foraging and dispersal movements of individuals both during a nesting event and for the rest of the year. This will be one of the largest satellite GPS tracking studies of any bird species in Australia. Motion-sensing and time-lapse cameras will also be focused on nests to track egg and chick development and survival, and chick feeding rates and predation.

Keep an eye out on social and other media for more news as the project develops!